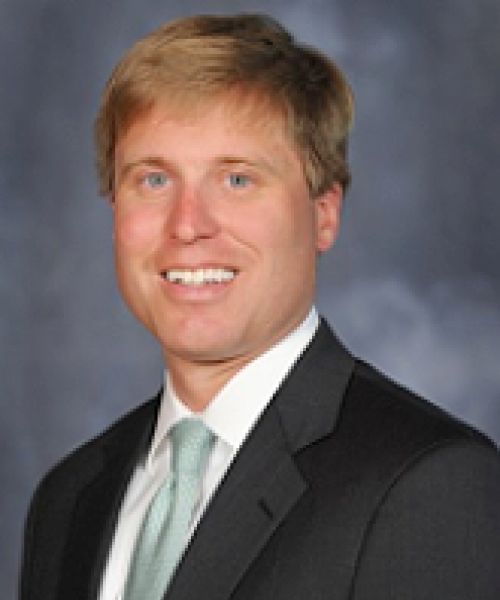 Jason is a CERTIFIED FINANCIAL PLANNER™ Professional and a founding partner of Highland Trust Partners. He began his financial services career while still in college. A consumer economics major from Alpharetta, Georgia, Jason transferred from the University of West Georgia to UGA. Through an internship, he obtained a position with the Wells Fargo Advisors predecessor firm, Wachovia Securities. While the position began with some simple administrative responsibilities, things quickly changed.

Following his graduation from Georgia, Jason had the option to join his family’s cryogenics business. However, a position had been created for Jason on Mark Cross’ team, and he accepted. He was named a financial specialist and placed on the junior broker track. Following the completion of his Series 7 securities representative examination and the junior broker program, Jason obtained his CERTIFIED FINANCIAL PLANNER™ certification.

In addition to his CERTIFIED FINANCIAL PLANNER™ certification, Jason maintains the Chartered Special Needs Consultant® designation. Christy and Jason’s son Drew who is a fun, loving, opinionated and mess-making little boy is a fighter of a rare disease. This has led Jason and Christy to be advocates in all aspects of Drew’s life. If you ask Jason why he chose to help others in the special needs community, “sometimes your job finds you”.

Jason is actively involved in the Athens community as past president of Rotary (2009-2010) and former president of L.E.A.D. Athens. He regularly returns to UGA to speak to undergraduate classes in consumer economics about investing and financial planning.